One of the highlights of living here is experiencing life as it was a thousand or more years ago.  In the countryside, life goes on without the interruption of modern technology or civilization.  The only reminder that a different world exists are the few paved roads and a few sections of wire running across a field on its way to the next town, possibly hundreds of miles away.  A few months ago, while I traveled through the countryside, I passed countless farmers threshing their crops – just like they did in Biblical times. We pulled the vehicle over and got out to talk to a few of the farmers we saw – asking about their crop that year and to explain the process of what they were doing.  These are a compilation of farmers all with different crops.  The last image captures the life-blood of this country: teff. 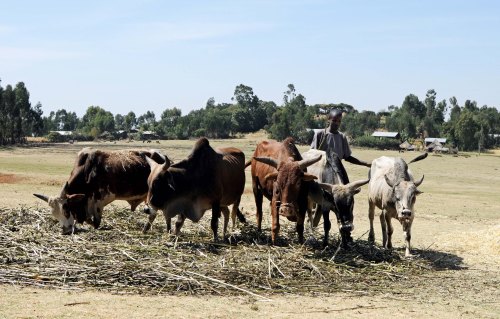 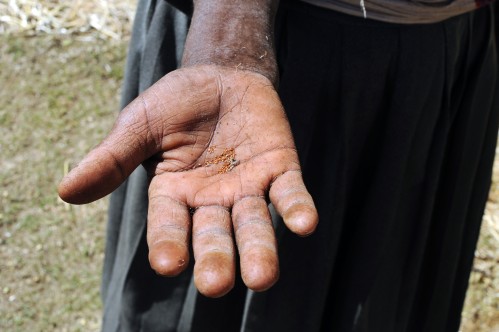 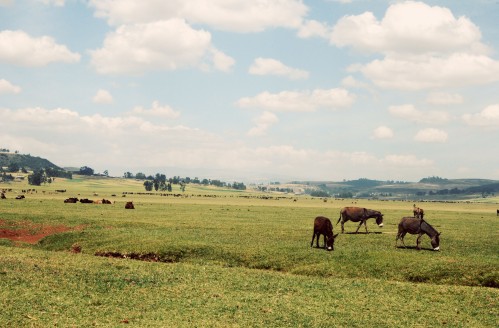 It is funny how I just realized that I spent all of 2012 living abroad.  New Years day came and went, and I don’t think I even thought about this fact.  But it is true – all of 2012 and then some.  But I am slowly making my way back home.  4.5 more months to go.  That seems crazy to me.  I have no idea what I will really go back to or what is going to happen with my life,  but that doesn’t curb my enthusiasm for the possibilities.  I have dreams about getting off the airplane and seeing all my friends and family.  (I also have dreams about eating bbq pork…) I think I am ready for a change.  But I know that I need to live here, really be here for the next 4 months.  I have a lot to give to this place and it still has a lot to teach me. So, here’s to the meantime

Our little road trip into Turkey took us to one of the most interesting natural wonders I have ever seen.  Pamukkale is the site of a hot spring that has been used as a spa since the Greco-Roman times.  The whole hillside is a type of tavertine, with mineral deposits turning everything white as snow.  Pools of water form like terraces down the side of the structure and little streams flow at your feet. 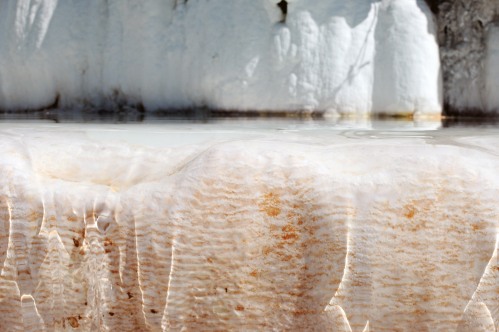 the rains down in Africa

It officially started a few weeks ago.  Hello rainy season!

beneath this bold and brilliant sun 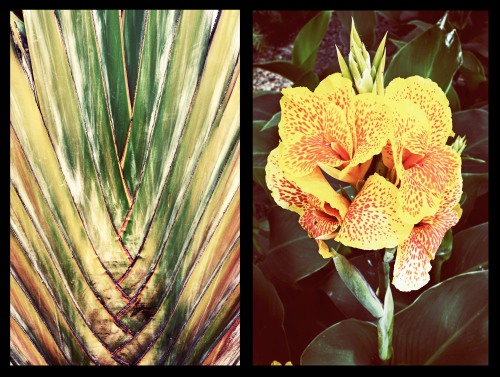 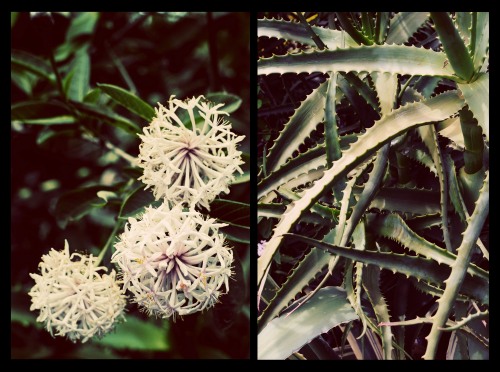 Laura, why don’t you come on over?

So this is Laura.  She is kind, soft, and, well, slobbery.

Do you remember that scene from Jurassic Park when Dr. Alan Grant wakes up with the grand-kids in that big tree just to find Brachiosauruses all around them?  This was like that, except for maybe a bit smaller.

I grew up listening to Paul Simon’s Graceland and dreaming of Africa.  I grew up and studied Anthropology and read all about different cultures in Africa – I even took an African Wildlife Management course (yeah, that one was for the Honors program, who really takes classes like that normally?)  I grew up with an opinion of Africa that was hot, colorful, expansive, and filled with exotic animals.  Also, with a special thanks to Simon, my view of dance and music was naturalistic, up-beat, and well, African.

As it turns out, those opinions have been crushed a little since I have arrived.  It seems like the one country I found myself living in, is the country that doesn’t quite fit.  My country, except for the “poor” part, is totally different than what I have read and heard about.  It is not quite African, not quite Arabian, and not quite Indian all at the same time.

But…I have traveled south and found myself in what I imagine as Paul Simon’s Africa, Jane Goodall’s Africa, and Richard Leakey’s Africa.  Here there are large expanses of land filled with crazy, cool animals.  Woman wear bright colored clothing with funky patterns.  The music has that “African” beat. And as I watched baby elephants run and play in the game park, I started humming “Under African Skies.” 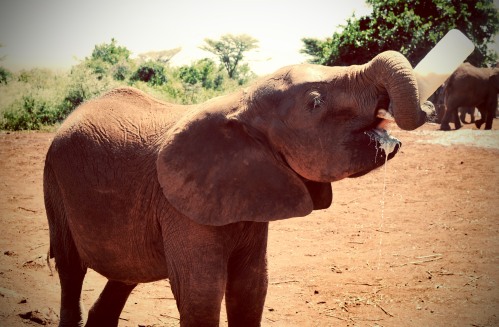 These were taken about a month ago while I was traveling.  It is the time for the harvest, and the farmers have received good rain here.  And now, when I go to market, there are large bags everywhere displaying their fruits. There is teff, oilseeds, sorghum, wheat, barley, corn and coffee. 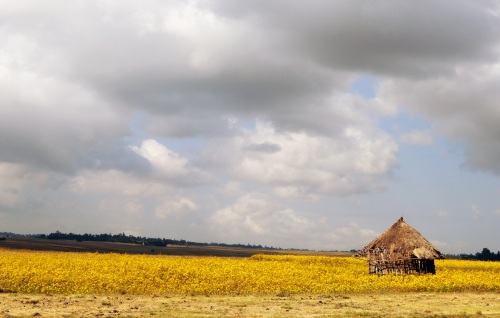 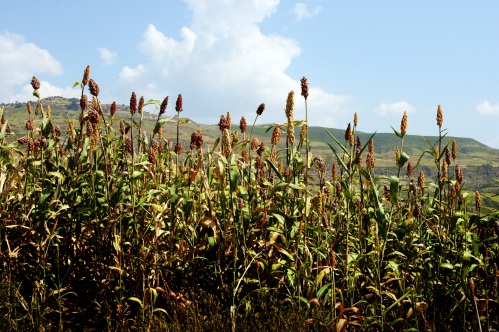 Well, actually, not really. It is in the 70-80s most days and the sun shines for about 12 hours.  The one very interesting thing is that there are poinsettias everywhere.  Not decorating anything though, they grow here, everywhere.  And they are in bloom.  Big red poinsettia trees and bushes set in this context is quite humorous.

They do celebrate Christmas here – granted it is a week later, they still celebrate.  But their celebrations only involve food, eating, and family.  Don’t get me wrong, this is very important in celebrating Christmas.  But when you grow up in America, there is just a little magic associated with all the lights, snow, red and green decorations, presents, trees, angels, music, fireplaces, and special treats.  I guess this year, my Christmas will be as basic as you can get – which is probably close to the heart of the matter anyhow. 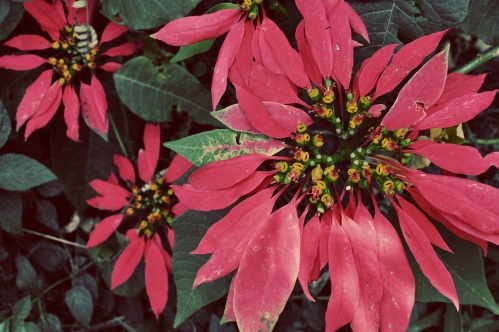 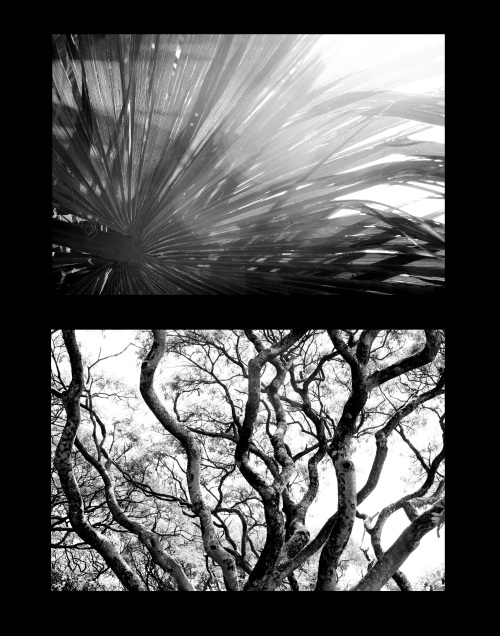 only snapshots
Create a free website or blog at WordPress.com.